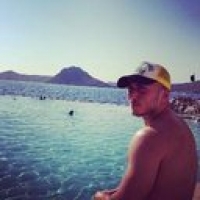 Is India a good travel destination?

Nothing can define India and you have to spend a lifetime to understand this land. I have lived 80% of my life in India and have traveled widely in it. However, even after 100s of trips, I'm still amazed by the things I see everyday.

While a European could brag about his hike to a 10000ft peak, your Indian friend might casually mention that he visited his mother-in-law at 15000ft, the previous day. While a Westerner would be shocked to see 1 million people gathered for a religious festival, an Indian might wonder where the remaining went. While an American could talk about a 150 year historic place, your Indian friend might not even bother about the 1500 year old temple in the neighborhood.

Does India have the complete package?

You will find people fighting wars at 6000m and the people incredibly peaceful in mind numbing poverty and oppression. Unlike China which went through homogenization in the Mao era, India has managed to retain most of the heterogenity. If you want to observe people, you can't find a better place.

A temple tower in South India

A study of contrasts
Our BMWs and Buggatis drive past immense filth and slums, we could get our degrees from MIT but still swear by arranged marriages, we could nod both yes and no, our traffic signals can sometimes show both red & green and we have learnt to live in immense ambiguity & contradiction that is not found anywhere else in the world. You can never understand the weight of the contrasts unless you visit an Indian city like Mumbai. You will be constantly challenged about your understanding of the world and yourself.

History
It had among the oldest civilizations in the world. Given the importance in the ancient and medieval world, it had seen a series of conquests that had added immense color and history. It is incredibly open (see how India has absorbed ideas from various cultures) and at the same time incredibly closed. Some of the practices we follow are inherited from literature 4000+ years old. In fact, many still chant some of the hymns of Rig Veda (Purusha Suktha) whenever we visit a temple.

Faith and Religion
It has the largest diversity of religions, languages and races. Apart from being the birth place of 2 of the top 4 religions in the world, it has also given birth to Sikhism, Jainism and were among the handful of places that opened arms to persecuted religions such as Judaism, Zorastranism and Christianity (before 300 AD). Even within Hinduism, you will find 1000s of different variants and can easily get lost in its immense temples and literature. Thousands of years old temples, practices and writings can leave the history buff salivating.

Transportation
India is a massive country and unlike the top 6 largest countries of the world, its population and attractions are relatively spread around the country. That makes India bigger than its area indicates. The transportation options include rickety buses that costs a few cents to insanely luxurious trains like these:

Palace on the Wheels, a luxury train run by Indian railways

Food
We have an immense diversity of food that varies by state. Tamils have dosas & idlies, Telugus and Rajasthanis have hyper-spicy foods, Gujrathis have incredible thalis, Malayalis have coconut flavored dishes, Punjabis have super cool lassis & Bengalis have mouth water sweets. Even within the states, there are enormous diversities. For instance, the Iyer food of Tamil Nadu is quite distinct from the Chettinad or Madurai foods of Tamil Nadu.

Nature
It is the home of spectacular Himalayas, massive rivers and as a subcontinent has every type of landform (from the sands of Jaisalmer to the 8000m snow caps of Kashmir to deep tropical jungles to plains that feed 1 billion people). It is the only country to have natural habitats for Tiger and Lion. Along with Indonesia and Brazil, it is among the 3 most biodiverse nations of the world (3 of the world's 32 biodiversity hotspots are in India - http://en.wikipedia.org/wiki/Bio...) . Whether you are a hiker or nature enthusiast you can get your money's worth.

Sand dunes of Jaisalmer in Rajasthan

Culture & Festivals
We celebrate about 300 festivals in a year - the most popular ones being Diwali, Holi and Dussehra. Apart from the national festivals, we have regional festivals such as Baisakhi (Punjab) or Thai Poosam (in Tamil Nadu) that are very colorful. We have 100s of dance forms and musical traditions.

Festival of Holi that mark the onset of Spring

Business
Last, but not the least, India is very important to most major corporations in the world. There is still huge potential to be tapped. India's middle class is 80% of America's, but its GDP is just over 1/10. Thus, there is massive upward room for the middle class to grow, without even accounting for the chunk of the poor to join the middle class in the coming years.

Summary:
What does India not have?

Footnote:
The people who are complaining about the filth and public restrooms are on the money. Those are the things that India is really bad at and is the main reason that visitors are frightened away. So, when it comes to cleanliness expect for the worst.

The restrooms in the new malls and good restaurants are of good standards and try using them instead of public restrooms. Drink bottled water when you are outside and prepare to turn away from certain things. Always use A/C facilities  (in train bookings, hotel rooms, restaurants, buses) wherever possible. In India, A/C not just means climate controlled but also stands for cleaner and better amenities.
Posted in Asia on June 22 at 11:15 PM
Like
share Share
0 0 0 0 0 0 0 0 0 0
Comments (0)
arrow_forward
Cookies on mooTravel.
This site uses cookies to store your information on your computer.
Read more east Accept done Deny remove