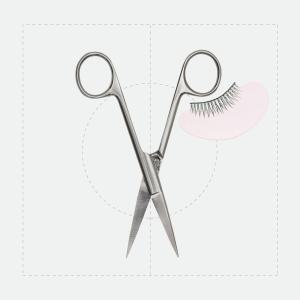 I Had Korean Double Eyelid Surgery at 18. I Look Back Now with Regret

Most summers growing up, my parents shipped me off to my grandparents in Seoul. During the afternoons, I would sprawl out on a bamboo mat in the sweltering heat as my grandmother tuned in to a Korean drama or K-pop concert playing on the government-sponsored channels. I sat enraptured by the stick-thin and pale-complexioned Korean stars onscreen with their tragic melodramatic storylines, bubblegum pop tunes, and scandalous dance moves. They looked nothing like me, from their narrow jawlines to their enormous anime-like eyes and milky-white skin.

“Why don’t my eyes look like that?” I asked my family gathered round the TV.

“That’s because they’ve all had double eyelid surgery,” my aunt explained. “Every single actress you see has gotten some type of surgery done. You can get the surgery, too, when you’re older.”

As I would walk home after my hakwon lessons with my grandfather’s hand in mine, I would glance at the women passing us in the Bangbae-dong streets. Their eyes looked like the ones I saw onscreen: round and framed by a crease above the eyelid.

At summer’s end, back at home in America, I would pinch my eyes while inspecting myself in the bathroom mirror to craft folds of various shapes and sizes. I cut out thin crescent-moon pieces of clear tape that conformed to my eyelid shape, then pasted them above my lash lines. The tape folded my skin over to create a crease following the curve of my eye. Satisfied, I smiled at myself in the mirror at my newly defined set of eyes.

A minority of all Koreans are born with the fold, but most of my family members had naturally endowed double eyelids. It seemed like a cruel twist of fate to me at the time.

“We can pay for the surgery later,” my parents reassured me. “You’d look prettier with double eyelids. It would brighten up your face more.”

“You’d look prettier with double eyelids. It would brighten up your face more.”

Throughout American history, the Asian eye shape has been ridiculed, appropriated, and exoticized with methods like yellowface practices, barbed caricatures, and racist gestures. My first encounter with the slant eye was on the elementary school playground. Tilt the eyes upward for Japanese. Stretch them to the side for Chinese. Slant them downward for Korean. We stretched our fingers from the outer corners of the eyelids to our temples. Mine angled downward.

​​The passing remarks from family members, the ethereal beauty of Korean stars, and the sandbox jokes built on one another over the years. A Korean American unni returned from Seoul the summer before she left for college; her previously hooded eyes tripled in size. Hers was a complete surgery success story, her entire face seemingly having changed from the procedure. It was the confirmation I needed; I was doubly convinced of the life-changing power of the double eyelid surgery. 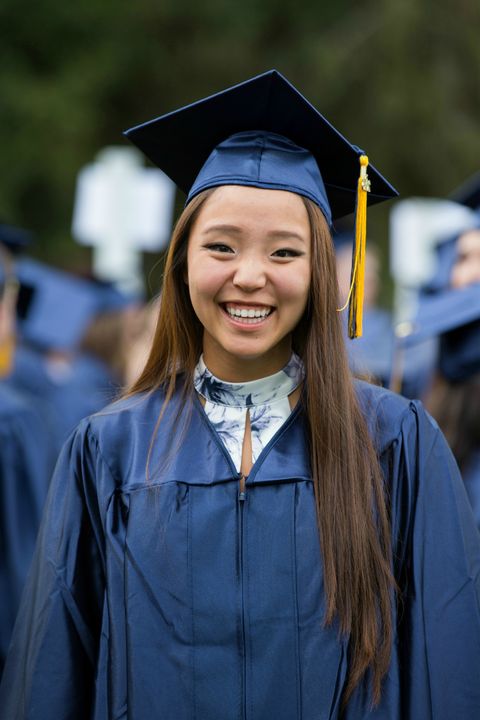 I explained to my mostly non-Asian friends in high school what the surgery would modify. I was met with confused stares.

“What do you mean, you’re creating a fold in the eye?” they asked, puzzled.

“See how your eyes have a wrinkle, a crease, above the lash line? And mine don’t?”

I took my forefingers and pinched the loose skin on my eyelid. I opened my eyes extra wide to fold the top layer over, creating a crease that stayed in place for a few seconds before I blinked.

“So this is what the surgery would do,” I said, demonstrating. I returned my eyes to normal. “And this is without. Look at what a difference it makes.”

My friends shook their heads and chuckled.

“Whoa. We didn’t even know that an eyelid crease was a thing,” they said.

Back then, it didn’t strike me that I was getting cosmetic surgery to construct a physical trait that almost none of my friends could even discern.

Shortly before my freshman year of college, my mother scheduled a consultation with a well-known plastic surgeon. She and I traveled there together on an early July morning.

The doctor was a placid, well-groomed man. He explained that there were two different types of double eyelid surgery, called blepharoplasty in medical terms. I could opt for the non-incision sutures or a much more invasive incision technique. He diagnosed my eyelids with ptosis—weaker, sagging muscles common in those with monolids—and recommended the incision and an added ptosis surgery to tighten the area. It was, no doubt, the pricier option of the two.

My heart leaped. A whole new pair of beautiful eyes. The “after” screen opened up a world of possibilities. I’d been ready since the day I laid eyes on my first K-pop star. 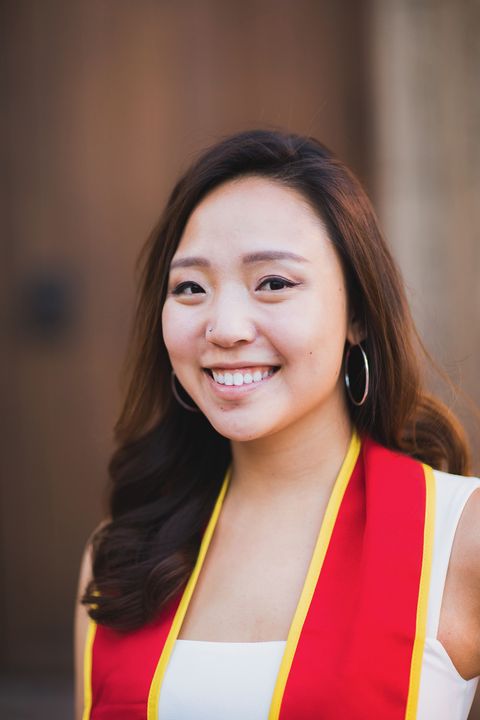 I was shipped across the Pacific Ocean by my parents every summer with the intention of making me more Koreanized, and instead, I internalized the need to physically enhance my features by undergoing an operation that a Western doctor had imported to the Korean people.

Ironically, Western beauty standards can be made even more twisted and ugly in non-Western nations by amplifying existing foundations of caste and class hierarchies. The wholehearted embrace of capitalism by previously poor “Third World” nations like Korea spits out a culmination of plastic surgery efficiency and expertise unparalleled in the Western world. Colorism and skin-whitening creams abound in the previously colonized nation in ways that they could not in proudly “color-blind” Western ones.

And in Western nations, beauty standards otherize ethnic features when they are on ethnic bodies, but are glamorized and commodified when combined with Eurocentric features. We glorify the half-Asian Henry Golding as the “Instagram face,” his slightly Asiatic tones mixed with European ones, as the perfect balance of East and West, as if too much of East is not as beautiful. The slant-eye gesture from childhood becomes a popular TikTok trend, and influencers like Kendall Jenner and Emma Chamberlain pose in pictures tugging their temples upward to create a “sultry,” “fox-eye” look. Caucasian Westerners tan their skin to look like they’re “glowing,” “sun-kissed,” “olive,” but the actual bodies with the skin tones they aspire to are deemed much less desirable on the Eurocentric spectrum of beauty and attraction.

“I join her in her moral finger-pointing, half of me wishing my eyes looked like theirs, the other half disgusted by their blatantly unnatural features.”

We have two Korean-language cable channels in our American home: KBS World and MBC America, subsidiaries of the same government-sponsored channels I watched during my Seoul summers. In between Korean variety shows and dramas, the channels play grainy advertisements from the local Korean supermarket, traditional acupuncturists, and renowned plastic surgeons. Some of the K-drama actresses have uncannily enlarged eyes.